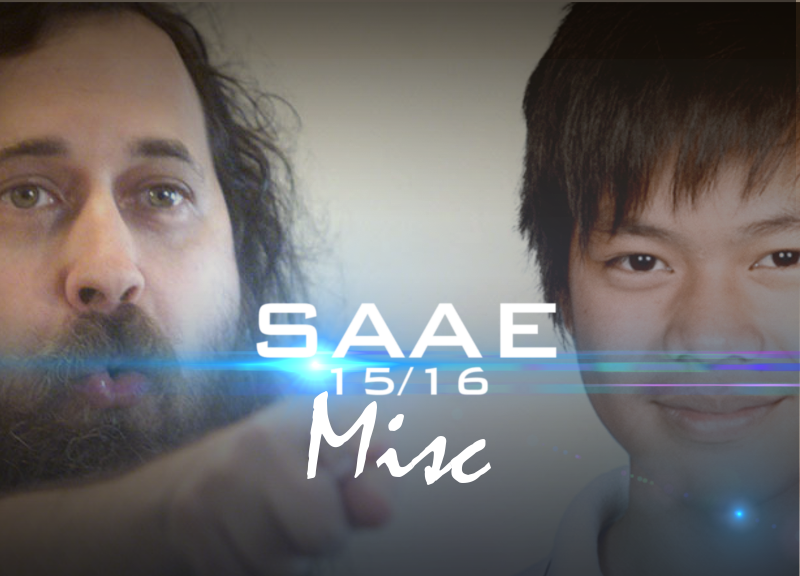 Thanks for joining us here at the SGFCMoM for another presentation of SAAE awards for 2015 and 2016. Before the end of the month, the SGFCMoM is excited to present this, our final category, pertaining to the miscellaneous awards not covered in any other category.

The winners are as follows:

For his tireless dedication to such desperately normie games as Dota 2, the SGFC’s own Layne can be not be ignored as the most deserving person of 2015/16 for this award.

Despite his unsuccessful bid to destroy the United States, and thus the world, irrepairably and beyond measure in the past two years, Senator Sanders was successful in setting new levels for cuckoldry over the course of his doomed campaign.

Despite his well documented normie endeavours, Layne is also a well known Phil Collins fan. His SGFC score, relating to ones dedication to Phil Collins and his music, is known to be the highest in the SGFC at 97.

For SGFC achievement of the year

Skunk – The Revival of SAAE

Despite pressure from rival (and unoffical) award ceremonies such as OSMA and threats of terrorism from the Butcher of Saigon himself, Skunk bravely and at great personal cost took it upon himself to reconvene the SGFCMoM and revive the SAAE tradition. In doing so, the SGFC’s commitment to quality media is reaffirmed and the media landscape at large is positively affected.

The RIP In Piece Award

For most welcome death

The hack known as prince couldn’t make a good song to save his life. Thankfully, this clown has now been permanently expunged from the face of the earth,

Hans-Hermann Hoppe’s musings on the failures of Democracy are as insightful as they are despised by the tyrannical left. Indeed, we should waste no time acting  on Hoppe’s ideas. The mass execution of communists by helicopter skydiving remains the most effective option for saving society.

The value proposition of Blender as a full featured 3D modelling suite to compete with commercial software priced in the range of thousands of dollars is impossible to ignore. It’s a staggering wonder how the jews at Autodesk can remain in business.

Despite the incessant hostility from left wing pacifist types, Lockheed Martin has exceeded all expectations for their Joint Strike Fighter program thus far. Their successful bid for the Air 5428 pilot training system is only an additional feat to their impressive record of success.

Continuing their relentless and wicked quest to rid software developers of all intellectual property rights, the FSF are largely irrelevant but nonetheless galvanised in their hatred for capitalism and freedom.

for greatest contribution to the arts

Especially in light of his recent return from retirement, it’s hard to imagine a recipient for this award more deserving than Phil Collins.

for greatest enemy to the SGFC

Figurehead of the FSF, this dumb, fat communist retard will stop at nothing to rid the world of property rights forever.

for man of the year

And the prize goes to….

Thank you for joining us again here at SGFCMoM.